I have a PhD (1983) in clinical psychology from Fielding University and have had extensive training in family and couples therapy. I am a Certified Emotionally Focused Therapist by International Centre for Excellence in Emotionally Focused Therapy (ICEEFT) and Board Certified in Couple and Family Psychology by the American Board of Professional Psychology (ABPP).  My training includes the following: certificates in Narrative Therapy with Michael White (1995); certificates in Emotion-Focused therapy with Dr. Leslie Greenberg (Individual therapy, 2015 & 2016, and Couples therapy, 2014); completion of an Externship in Emotionally-Focused Therapy with Dr. Sue Johnson and George Faller (2018); and completion of Core Skills Training with George Faller (2019). I have also had advanced training and/or supervision with Tom Andersen, Luigi Boscolo, Gianfranco Cecchin, Jill Fischer, Lynn Hoffman, Harold Goolishian, Peggy Penn, Laura Perls, Joan Zilbach, and Jeffrey Zimmerman.

Professionally, I have published articles on the theory and practice of family therapy, particularly Narrative Therapy, and have presented at workshops nationally and internationally. I have been on the Advisory Board of the International Journal of Narrative Therapy and Community Work and the editorial board of Gecko, a Journal of Narrative Practice, and served as Assistant Editor of the Journal of Systemic Therapies. I was a co-founder of the Brattleboro Family Institute, was the Associate Chairperson of the Doctoral Program in Clinical Psychology (Psy.D.) at Antioch New England Graduate School, and the founding dean of the PsyD Program in Clinical Psychology at Union Institute & University.

I am licensed as a psychologist in Vermont and New Hampshire. 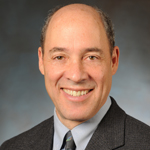